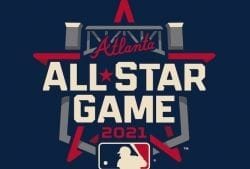 It is difficult to swallow the change the United States has witnessed from the time I was a boy. Oh, how American pie, baseball, Chevrolet and so much more have faltered as they fall to bad ideas from the left.

Starting with the most recent of travesties, Major League Baseball Commissioner Robert D. Manfred Jr. pulled the All-Star Game and MLB draft from Atlanta, Georgia, because he fell for a ploy by woke leftists led by Stacey Abrams.

The commissioner pulled those major economic engines from the people of the South East US and give them to Colorado without understanding the reason he was doing so. The media called out his naivety and put it on display for every MLB fan in the country.

I’ve been to three All-Star games in my lifetime. My family has been to several MLB games and even more Minor League games, mainly the Durham Bulls. I had planned to take them to the All-Star game in Atlanta this summer followed by stops in Charleston, SC, Myrtle Beach, SC, and Wilmington, NC on the way back. Well, that plan is dead thanks to the worst commissioner to ever head the MLB.

While Manfred needs to be ousted from his position as the worst commissioner to ever run the league, GM has ruined Chevrolet while it hoped to gain favor with the left. Who wants one of those taxpayer-financed boondoggles in their driveway?

Democrats have ruined General Motors, Major League Baseball, the National Football League, the National Anthem, our flag, and national monuments… how much more can we take?

Liberals haven’t yet ruined American pie (an idea), but I imagine they have a plan for it. They’ve f$^&ed-up everything else.

Under Biden, The Government Owns YOU | Grant Stinchfield